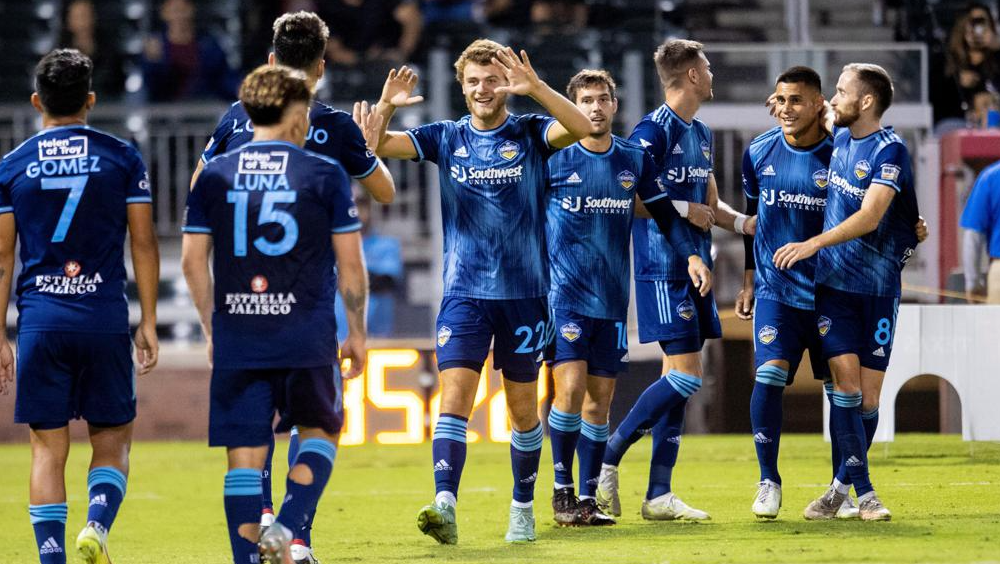 “This group has done very well,” said head coach and manager Mark Lowry. “They have put us back in the mix of fighting for other things [than just Mountain Division]. By winning the group, can we push Phoenix as far as we can, that sort of thing? It is a great achievement for everyone throughout the season. Everyone has played a role and contributed. I’m really proud as a coach that everyone is coming onto the field, either because they need it out of necessity or because they do it because of tactical changes. Everyone during the main season has contributed to this. ”

Colorado Springs Switchbacks FC dominated the first five minutes, controlling the flow of the game to score an early goal in the fifth minute, burying a scratch shot deep into the net through Hadji Barry.

Locomotive fired up, quickly turning momentum in his favor, resulting in a free kick to the top of the box.

Midfielder Nick Ross sent a perfect ball to the far post that Zacarías converted to level the score.

The first half ended with a poor locomotive draw that opened up Deshane Beckford to put Colorado Springs up at halftime.

El Paso Locomotive FC came out swinging in the second half, completely dominating the pace of the game.

After a cross served by Ross, King began to get on his bike, spectacularly launching a shot at the back net to level the score at two apiece.

At the end of the game, Lucho connected at the end of a beautifully weighted pass from defender Eder Borelli to provide a winning game at 86th minute.

As Switchbacks used stoppage time, eager to find an equalizing goal to save a point, Lucho began a counterattack that fired Luna, who passed on the easy goal to drop Colorado Springs at Southwest University Park.

UNTIL NEXT TIME: El Paso Locomotive plays again on Sunday, October 17 when it travels to Carson, California for LA Galaxy II. The start of Dignity Health Sports Park is scheduled for 6:00 pm MT and will be broadcast live on ESPN +.

COS: Hadji Barry (Sebastian Anderson), 5 yearsth minute: After the initial pressure, Switchbacks found a quick lead as Anderson grabbed the ball at the baseline before cutting the ball into the center of the box for a waiting Barry. Barry took his shot after landing the ball to bury it deep into the back of the net.

ELP: Ricardo Zacarias (Nick Ross), 21S t minute: After winning a free kick from a dangerous angle in the corner of the penalty area, Ross sent a perfectly weighted ball to the far post. Despite the surrounding traffic, Zacarías was there to greet him, redirecting the ball to the back of the net to level the game.

COS: Deshane Beckford (Andre Lewis), 35th minute: After pulling the ball out of Locomotive’s pocket in midfield, Beckford gave Lewis a pass to allow him a deep run into the attacking third. Lewis returned the pass to Beckford, who edged past his defender and took a low shot into the near post to put the Switchbacks up front.

ELP: Macca King (Nick Ross), 61S t minute: Seizing a corner kick opportunity, Nick Ross served the ball to the back post where Macca King hit a volley despite being heavily marked by a defender. His volley went over Sean Melvin to level the score early in the second half.

ELP: Diego Luna (Lucho Solignac), 97th minute: As the Switchbacks battled for a draw to save an overnight point, Lucho began a counterattack to fight his way in numbers against the Switchbacks defense. Sean Melvin ran off his line to stop Lucho’s attacking run, but the veteran forward passed the ball to Luna, who sent it into a wide net to put the game on the bed.